It is almost impossible to document the entire lifetime and endeavours of CINTRA since she was built in 1909 until her restoration in 1991. Designed and built by William Fife, she dominated the early 12 metre races in Great Britain before World War I, always continuing to improve the layout and equipment to remain competitive. In 1956 CINTRA seemed to have disappeared, only to be discovered many years later in a shed on the east coast of England, having suffered almost sacrilegious changes by turning her into a cruising yacht. She was then brought to Italy where the 12 Metre aficionado Alberto Rusconi decided to bring her back to the original beauty by eliminating the pitiful changes and restoring the original layout. So in August 1991 she returned to the race course as beautiful as ever.

William Fife III was a son of the arts, and when he took over the company of his father added his extensive experience as an architect to the already strong and established tradition of the yard. At a time when pleasure sailing and racing were reserved for the aristocracy of blood or money, the target market was limited. Nevertheless, the competition between the owners spurred a continuous search to improve the performance of the boats. One of the results was the requirement for a measurement formula to keep boats in classes of comparable levels, even across different regions. So in 1907, the “International Metre Rule” was born, a regulation of construction that was later modified to reflect new developments, but in essence was valid for more than 100 years and created some of the most competitive boats of their times: boats whose main purpose was to race, and above all to win. So it’s no wonder that the prestigious America’s Cup was using the Metre Class rule for the longest time in its history. 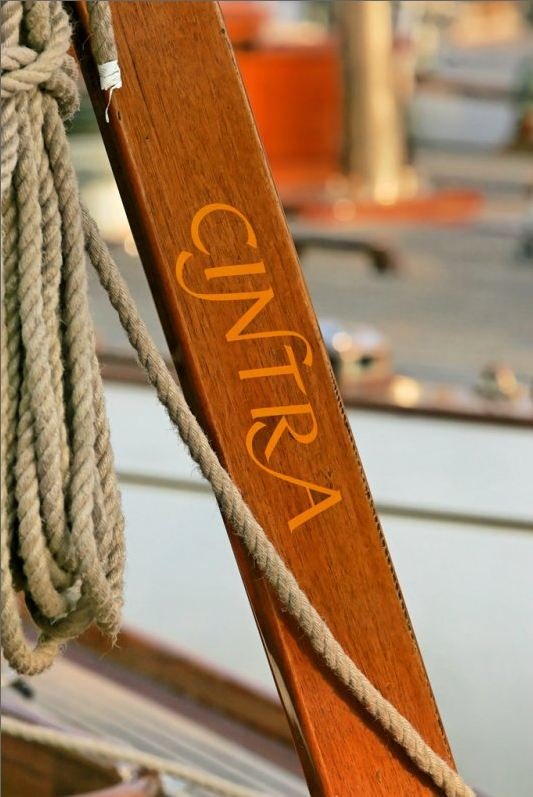 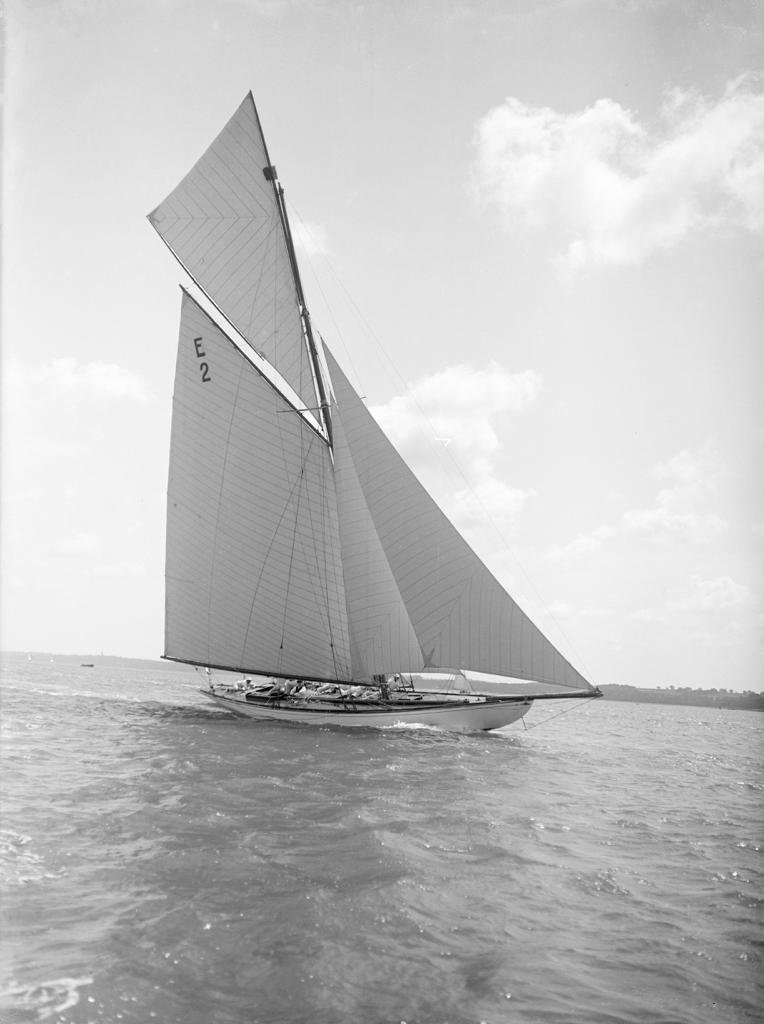 CINTRA was among the first boats designed for the Metre class rule, the second William Fife 12 Metre design, and spent her early years of racing on the waters of the Clyde in Scotland before she was brought to Cowes, the British sailing Mecca. Her rig was changed to a Bermudan rig after World War I and she continued to race in the South of England until after World War II. The 1956 “Round the Island Race” is her last recorded competition. Then nothing, oblivion, the boat disappears into the mists of the Thames only to reappear 15 years later, after been abandoned in the shed of an old barge. Beyond the miserable conditions much had been changed in the boat. The rig was changed to a ketch, the strict flush-deck had been altered with a decks house, the stern had been shortened and the lead ballast had been replaced with concrete which also altered the entire keel section. In 1984 CINTRA passed to a yard on the English east coast where she was discovered by the "classic boat scouts" of Camper & Nicholson. This marks the end of a long journey. The boat is reported to the Italian naval architects Giorgetti & Magrini, and Franco Giorgetti brings her to the attention of the Publisher Alberto Rusconi, who is a great lover of classic boats, especially 12 Metres. He also owns two other famous 12 Metres, Tomahawk and Vim. A deal is done, CINTRA leaves the British waters and arrives on the Italian shipyard of “La Bussola” in Fiumicino under the management of Luca Sanpietro who is specializing in the restoration of classic wooden boats.

CINTRA comes in a pitiful state, with evidence of partial restoration and a lousy job, but under the surface you can still see the purity of lines and the hull of noble origin. Giorgetti & Magrini begins a difficult research work, being able to trace the original sail plan, the general plan of construction and several sketches of the spars designed by Fife. The yard starts with the work of demolition of anything that looks dilapidated, drawing a plan of what can be saved or at least restored. At the end, about 50% of the Honduras mahogany planking could be recovered. Eventually to increase the life expectation it got almost completely replaced, as well as all the Acacia frames, which are replaced and frames of galvanized iron added without compromising the style and shape of the boat. The keel appeared fully recoverable, even the stem and the sternpost, all made of elm. Since the restoration work aimed at a reconstruction absolutely faithful to the original design, the work was planned with great care and a unique attention to detail, using the same materials indicated by Fife even when these were difficult to find. The work begun with the removal of eroded planks, replaced by new ones in 35 mm mahogany, while striking a balance between traditional techniques and modern technology, the planking, laid and caulked as it was at the beginning of the century, was then treated with epoxy for higher durability. Using a technique typical for Fife, the hull of CINTRA presents a frame with alternating acacia and galvanized iron structures that ensures maximum strength without too much weight. All frames and floor timbers were removed and rebuilt as a model. The deck was completely dismantled and rebuilt with a base of 20 mm plywood, covered with planks of 15 mm douglas fir (the original essence of the deck), while sills, stringers, and hatches where redone in mahogany with maximum loyalty to the original. In the same spirit the stern and the lead keel where rebuild, similar to the original. 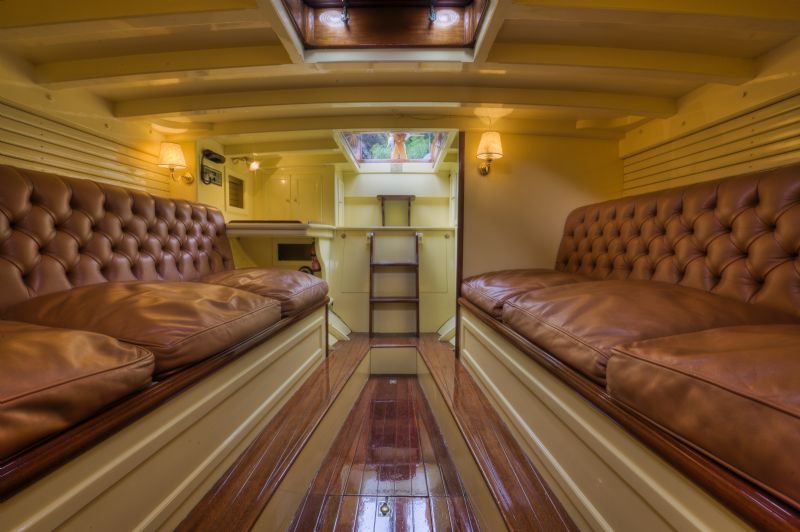 Designed as a racing boat, CINTRA originally did not provide internal cruise equipment, and this was now added in a minimalistic style: a living room entrance with the chart table, two banks with leather seating, followed by a kitchen and a toilet. The bow section was left completely open, optimized for sail handling. For the above reasons the boat initially contained no engine, but the modern requirements of port manoeuvers imposed a small engine, a Perkins 20 HP, housed in a machine room which also houses tanks and batteries. The mast and sails were completely redone since the boat in the course of its history had repeatedly changed the type of rigging. Everything had to be reconstructed as provided by Fife. The mast measures 24.65 metres, the gaff 8.05 metres and the boom 13.18 metres. All made of hollow douglas, since it was virtually impossible to find the silver spruce which was probably the original material.

All the necessary hardware equipment of the rig was redesigned using the original and forged construction. In the beginning of the century the manoeuvring of sails were all by muscle and hoists. On CINTRA this was eased a bit by adding 6 small winches (two halyards, mainsheet and foresail), but basically the layout is unchanged and offers all the precious details such as rod genoa blocks covered in English leather, all splices handmade and also covered in leather. The sail makers from Murphy & Nye, meeting the original plan, chose an ivory Dacron, aesthetically similar to the original cotton sails. The total sail area adds up to about 217 square meters, plus the 190 square meter gennaker. 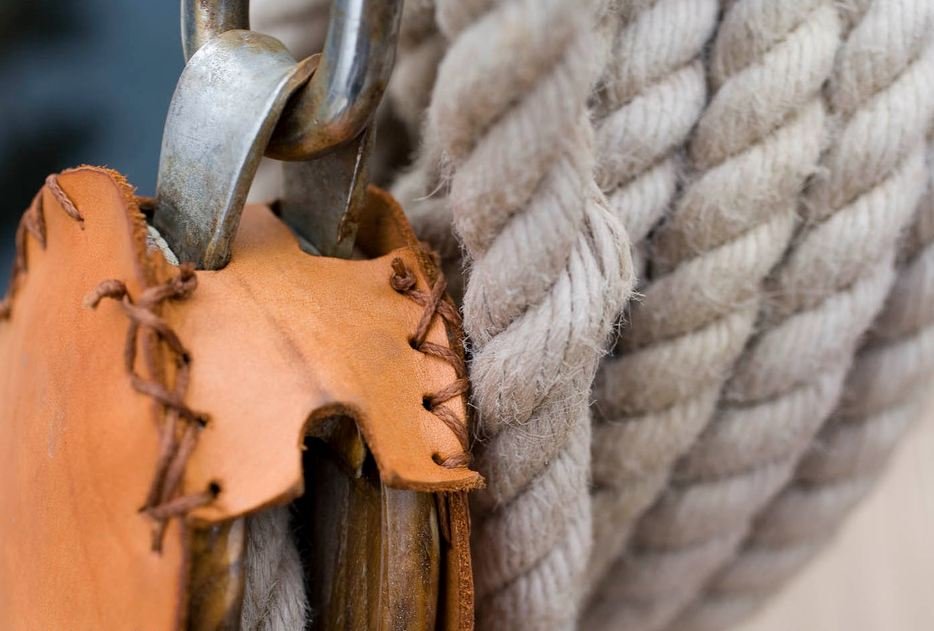 Starting in December 1990, the boat was rebuilt in record time, and went back into the water on August 20, 1991, on the eve of the “Porto Cervo Veteran Boat Rally” which the owner was very keen to participate in. CINTRA arrives in time to race, with little time to setup and practice, but without the slightest problems. 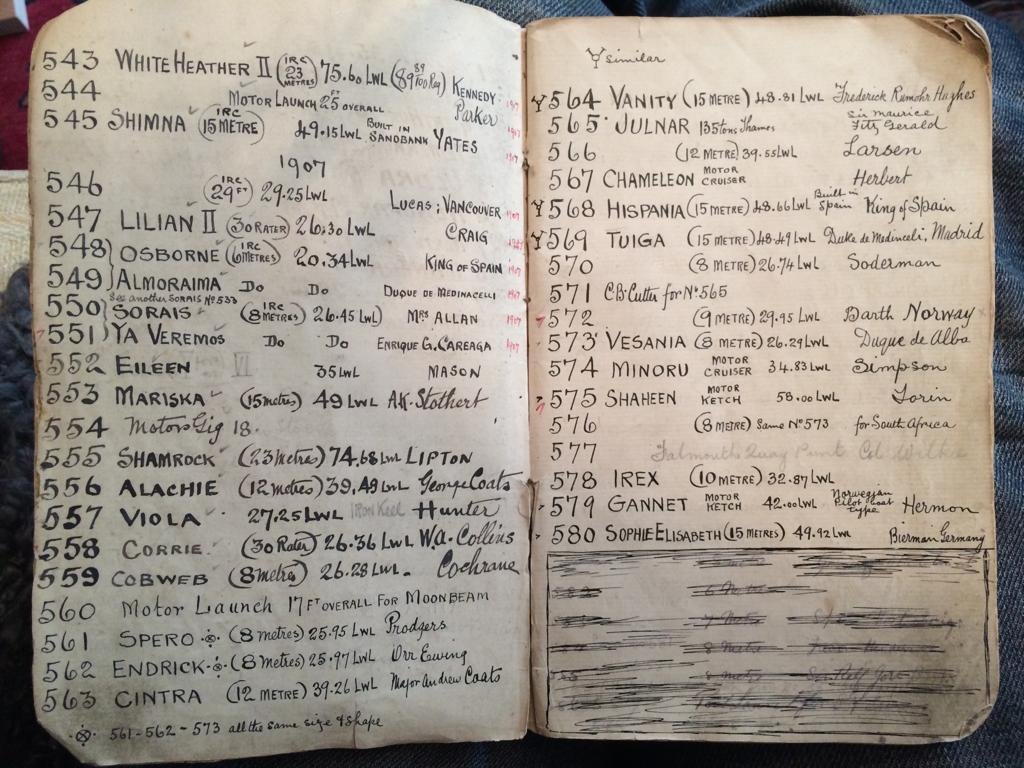